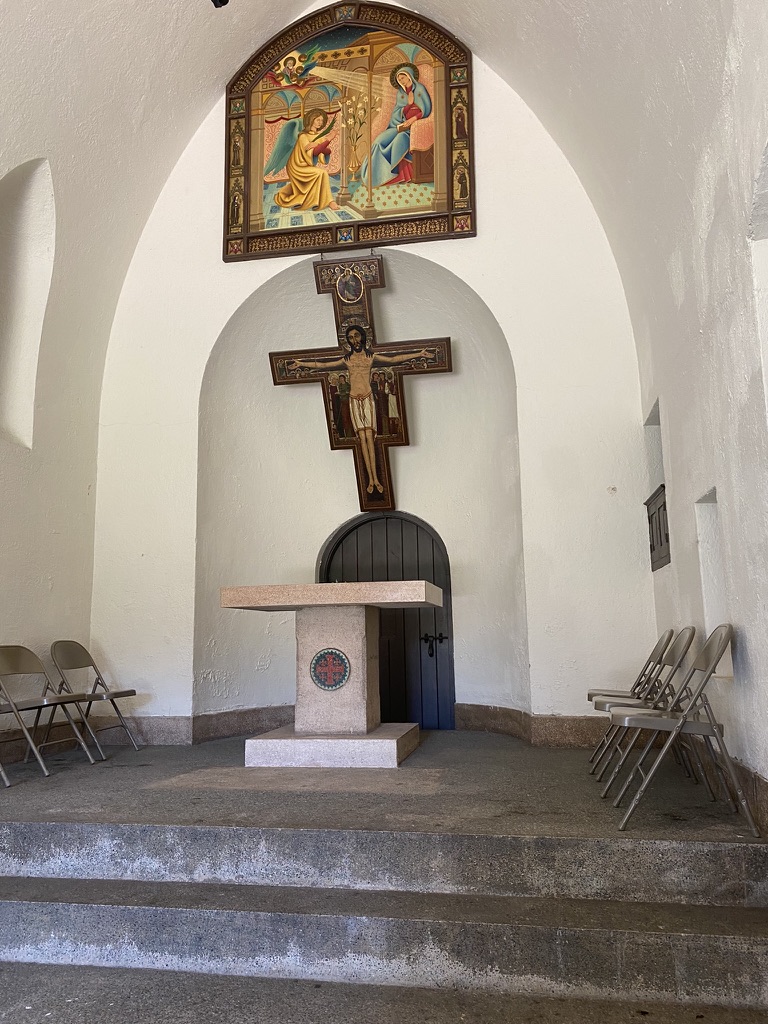 Merry Christmas! Yes, it’s the 26th as I type this, though it’s late and almost the 27th. But that doesn’t matter because we get to celebrate Christmas for an octave and beyond, really, if we want to celebrate the 12 days of Christmas. Anyway, that’s not why I’m writing tonight.

I want to talk to you about the cultural phenomenon that is The Chosen. I hope you’ve been watching the series. It’s available on The Chosen app, but also on YouTube, I understand. I have the app myself. And it’s Season 3 now, so if you’ve missed the first two seasons, you can get the app and go back to watch them all. I sincerely hope that you will do so. The series is really, really good.

It is extremely well done and, to some extent, could be considered historical fiction. The Chosen takes the history of the New Testament Gospels and contextualizes them. It gives background and places things in their proper place within Salvation History. It’s really something to see.

Last week I watched episode 2 of Season 3 and cried for most of the third portion of the show. I will not spoil that for you, but I will say that I was very excited to see how the writers decided to show how Jesus sent out His apostles “2 by 2” to evangelize in His name, to cure the sick, heal the lame and the deaf, deliver people from evil spirits, and give sight to the blind. And all of these things are done in Jesus’ name and with His blessing, with the Lord of all Creation actually liberating all of the people they’ll encounter.

I can only describe the way this sending forth is portrayed as inspired. And that I believe that inspiration is from the Holy Spirit. We see Jesus sitting on a sort of bench, half crouching, leaning forward, explaining how He is going to send these 12 men out and what He expects of them. Jesus looks very much like the Company Commander or even Platoon Leader, explaining to his men what their mission is and how it will be accomplished. He decides which 2 will go out together. He knows these men well and He knows why they should be paired as they are, by temperament and by ability, which two will complement one another and be the best support for their partner in this particular mission.

The apostles have questions, concerns, and even fears. And they honestly and openly ask their Leader for answers. He provides those, but He also shows His complete confidence in what they are going out to do and what they will accomplish. He has lead them well, taught them well, shown them what is required by doing it all Himself first.

And in the following and closing scene of the episode, Peter, the obvious second in command, brings the 12 together to synthesize what the Boss has asked of them and acknowledges their uncertainties. But then he leads them in prayer by bringing them in, arms around each other’s necks, in one of the Psalms that speaks to their reliance on God and their faith that He will keep them safe and give them the Victory that Jesus has sent them to claim.

We are not fighting against flesh and blood, but as I’ve also said before, Jesus has the Victory. That’s also in Scripture, by the way. Soldiers follow their Leaders because the good Leader will not ask them to do anything He has not done Himself. He shows the way for them to follow in every action He takes.

Selfless? Yes. Proficient in His skills? You bet. Confident of His abilities? Of course. For the Man of God, His selflessness comes from His obedience to the will of His Father. His proficiency comes from years of prayer and study. His confidence comes from His faith in the Lord’s power, grace, mercy, and love.

I urge you again to watch The Chosen, all 3 seasons. I missed the live stream of Episode 3 but cannot wait to watch in as soon as we return home from our Christmas visit to see some of the grandkids and their parents (my daughter and her husband).

May God bless us during this time of celebration of the Lord and Savior’s birth. He came to set us free and to bring us Home one glorious day. Do not fear. He remains still. God is with us.