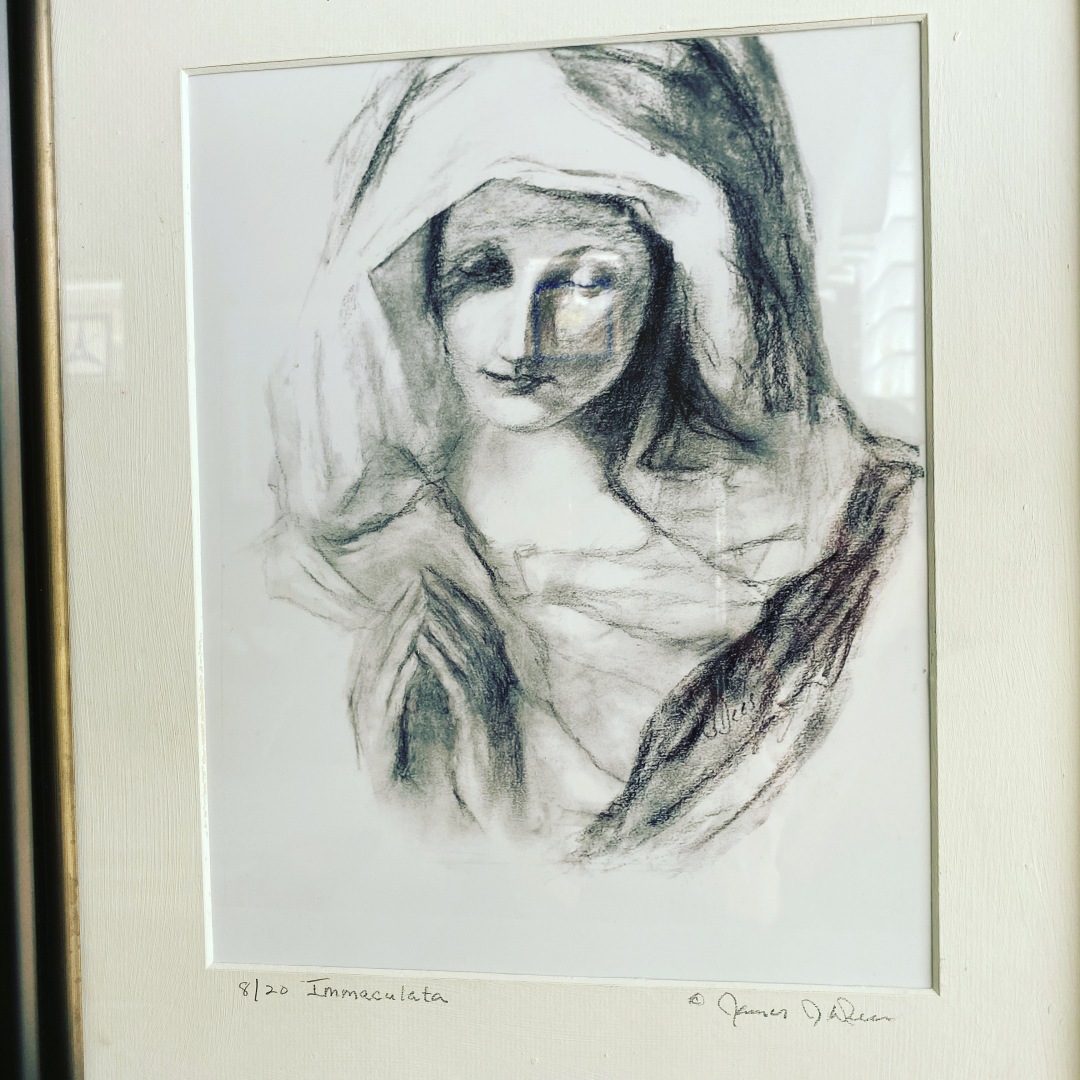 The Face His Mother Gave Him

So, while I had no plan to do this (I rarely know what I’m going to write about until the inspiration ‘hits me’) today I am writing again about St. Maximilian Kolbe. And, again, this was not planned.

The Mission of the Franciscans

I am a ‘fan’ of St. Max. His intercessory prayers, I’m convinced, are why my book got published and that began my fascination with the life of St. Maximilian Kolbe. I have been reading through a small book about his life that is also a meditation/prayer book for Lent. I guess I ordered it. I remember so little these days. It’s from Franciscan Media which placed a statement on the back of the book that helpfully says, “Our mission is to share the love of God in the spirit of St. Francis.” As one who is studying at the Franciscan School of Theology, ordering items from Franciscan Media certainly is apropos!

It’s called Lent with Maximilian Kolbe – Daily Reflections by Carol Ann Morrow and it is beautiful. Mainly because St. Max was a beautiful soul. Today, in my Catholic faith, happens to be the feast of the Annunciation. This is the day where we commemorate the angel, Gabriel, appearing to Mary, the betrothed but as yet unmarried virgin, who has been chosen by God to be the bearer of His Son. She is “blessed among women” and “full of grace,” we learn in the Luke account of this event.

The reason I bring up Mary, Jesus’ mother, at this point is because Maximilian Kolbe had a strong devotion to her. It was so strong that he founded Knights of Mary Immaculate and looked to her in almost every instance as his role model of faith, humility, and obedience to the Lord.

The Face of Jesus is the One His Mother Gave Him!

Twice in one day! (I was behind in my daily readings so these quotes about the face of Jesus are on 2 different days, 6 pages apart from 2 different occasions in the saint’s life. (Yes, I was that far behind! Don’t judge me, please!)

I love this idea that Jesus’ face should be the face people see when they look at our lives and our hearts. They should see Jesus! And, I love the idea that I had never contemplated before – that Jesus’ face is one His Mama gave Him! But it makes such sense and it is so wonderful to meditate upon.

Whose face will they see?

When my husband, Sean, was still an Active Duty Soldier in the U.S. Army, he used to love the opportunity to speak to the incoming Battalion and Brigade Commanders and Command Sergeants Major and their Spouses who came through for some training for those new roles at the College at Ft. Leavenworth, Kansas. As the wife of the Deputy Command General in charge of higher level education of these officers and non-commissioned officers, it was the tradition that I would also be invited to speak to them. I was honored and pleased, as well!

All that to say in my allotted time, one of the things I used to say to the Brigade Commanders and their Spouses was to remember that they were the “face of the Army” for the Soldiers and family members in their units. And, actually, because brigade level is kind of high up in the hierarchy with potentially a few thousand Soldiers under the CO’s command, they should try to remember that their Company Commanders (who are at the lower levels in the chain of command and there are many more of them) and their Spouses are also the “face of the Army” for the Soldiers and families. My questions to them was: Is it a compassionate face? Is it a welcoming face? A friendly face? Because, as the more senior people within the command, the brigade level leaders set the tone for those who are subordinate to them.

If you, as the leader at any level (even in your family) are the “face of Jesus,” the one “His Mother gave Him,” you can ask yourself the same questions I asked above. And maybe even, “Is mine a loving face? A face my children want to come to with questions, problems, concerns?”

Praying with you & St. Max!

So, let this be our prayer, as it was St. Maximilian’s prayer. “Lord, let people see You in me.” You know, that’s about faith, humility, and obedience, too. Just as it was for the Blessed Mother. Mary is our Mother, too. And, as St. Max reminds us, Jesus is our “older Brother.” If that doesn’t give you a spring in your step or, better yet, a song in your heart, I don’t know what will.

The face of Jesus can be the face people see when we surrender our will to that of His Father and ours. Praying with you! Let us be kind to one another during these trying times. I continue to pray for an end to the Corona Virus, as I know you do. God bless us all with His peace and strength. “All shall be well!” (That’s a quote from another holy person for another day!)