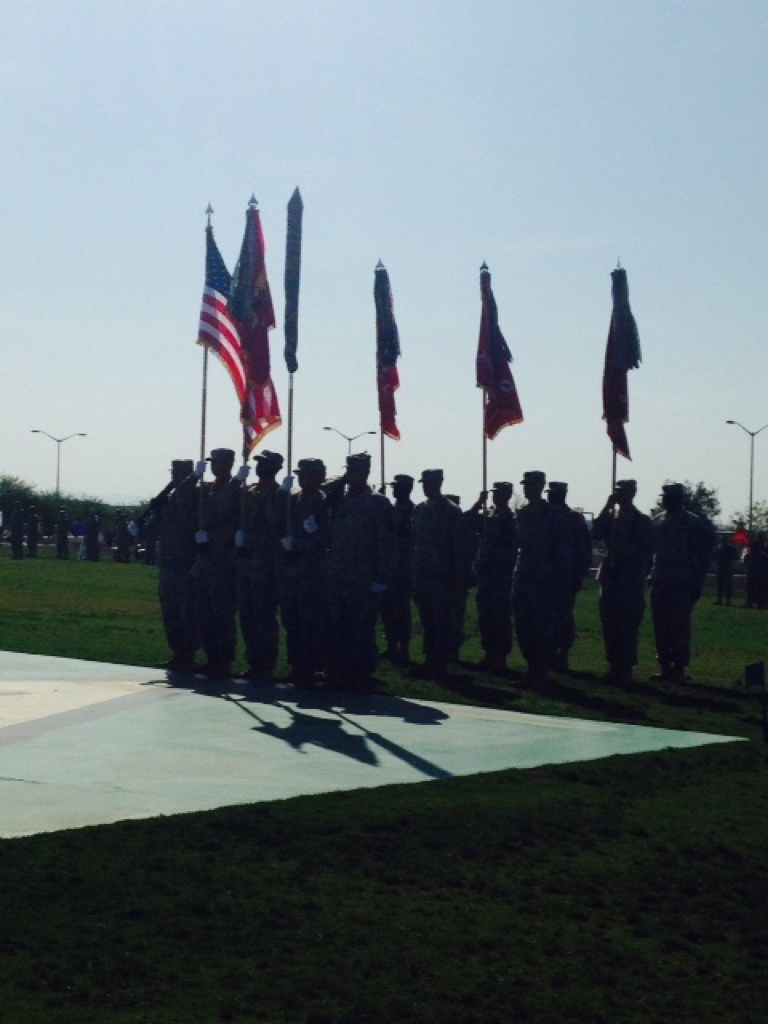 I have been sharing the Rosary for Warriors for close to 15 years and suddenly, within the last week, it has started to really spread around the country and even the world! To say I am grateful is an understatement. To say I am relieved is an accurate description.

I was NOT a devotee of the Rosary in any form before I asked God for a way to help our Soldiers who were fighting in a horrendous battle for their lives (and the lives of those who could not fight for themselves) against terrorism in Iraq and in Afghanistan in 2004. It was a prayer of near despair from the depths of my soul after attending a memorial service on an Army installation in Germany at that time. Four fallen Soldiers were being remembered and honored that day in an overflowing chapel where nearly all the adults who were there (and not deployed in combat) were present.

It was a broken community. I write more about this experience in my book, Drowning in Lemonade which you can order for the full story. You will also find a lot of other stories and reflections about my life as an Army wife and the faith in our merciful and loving God that sustained me through it all.

We Can Always Do Something

I felt so strongly that we, as non-combatants, but people who love those who were in harm’s way, could do more. So, I prayed for 3 hours on the drive home from the place where the memorial service had been to our new home in another part of Germany and at the end of the ride, the 5 intentions for the Rosary for Warriors was born.

The Rosary for Warriors has since been shared by me, and a few others, wherever Catholic groups of people met and also through emails and regular mail to people who we thought might pray it. Several chapel groups and even at least one civilian parish I know have prayed it since that time. The Military Council of Catholic Women has also offered the Rosary for Warriors at various regional retreats and at their larger conferences/forums for years, as well. They are given prayer cards when they do and I hope they’ve taken them home and continued to pray the intentions therein. (Rosary for Warriors cards are available through www.catholicprayercards.org under Specialty Cards on the dropdown menu you’ll find on their homepage.)

Give Me My Weapon

The Rosary is a powerful spiritual weapon and, if you don’t know much about the Rosary in general and its place as that weapon, try reading this blog post about the Battle of Lepanto in 1571  for a detailed account.

It may be controversial to some. But I have to believe that the inspiration that brought this Rosary for Warriors to my mind after a time in intense supplication to the Lord about what we could do was no mistake.

I included our nation and the victims of war in the intentions because we all know that war is not without a civilian cost at times, regrettably. And we also know that a nation that does not continue to reverence the dignity of each human being and the rights to life, liberty and the pursuit of happiness that we are all endowed with does not deserve its prayers to be heard.

Lots to Pray About/Peope to Pray For

So we must pray for the leaders of that nation to make prudent and wise decisions that take into account all who will be affected by the nation’s Military intervention. And I include peace in the world that all people of good will can find the peace that only our Lord can provide us.

Please read and consider joining in. And if you’re not Catholic, please just consider praying the intentions of the Rosary for Warriors. These are:

2 thoughts on “Rosary for Warriors update”