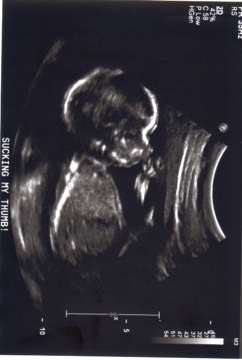 Read it and weep

Emily Zanotti’s report (link below) reveals the terrible changes in New York’s penal code with regard to babies who are murdered because of the new abortion law in New York State. It was until a few days ago considered a double murder if someone killed a pregnant woman and her unborn child suffered the same fate. Those lines have been stricken from the record.

It is depressing and disgusting that this is now the case. Not only did the New York legislators and their governor celebrate the passage of this monstrous law that makes abortion legal up to the birth of a baby, they have made it even more repugnant, which I did not believe possible, with these insidious changes to New York’s penal code. Until very recently, if a woman who was with child was murdered, the crime was two homicides, acknowledging the life she carried. No more. How you de-humanize a full-term baby, I have no idea. It’s the most crass, immoral thing I can think of, but there you have it. Such is the time in which we live.

I am reminded of the words from Jeremiah, Chapter 31, verse 15: “This is what the LORD says: “A voice is heard in Ramah, mourning and great weeping, Rachel weeping for her children, and refusing consolation, because they are no more.” Though the descendants of her youngest son, Benjamin, are exiled, they do return to Israel one glorious day. But these words take on a much deeper meaning when King Herod orders the murder of all baby boys under the age of 2 in an effort to wipe out the Messiah before He has a chance to grow up and rule His Kingdom. (See Matthew 2:16-18) And now, those same words of Jeremiah are recalled once again. I would never have believed that in 2019 things could get worse than they already were with regard to the killing of the unborn in America.

You may think that conversion of these people who’ve committed this reprehensible act are beyond salvaging morally. But there is always hope. My Exhibit A for that position is another Biblical story that you may be familiar with. It is that of Saul of Tarsus who viciously persecuted those pesky followers of “the Way.” Those new Christians who he had arrested and stoned to death. His heart was not only softened, it was broken. When the Ascended Jesus who now sits at the right hand of the Father knocks you down with the very pointed question, “Why are you persecuting me?” and you are blinded, well, that will start your conversion, apparently.

So just maybe there were early Christians praying and fasting for the sake of those people who hated them, who persecuted them; people like Saul who we would come to know as Paul the Apostle. A man who would one day die for his faith in the Lord Jesus Christ, Saul was seemingly beyond saving. Sometimes the biggest sinners become the greatest saints.

I know I have to work on my obedience to God. Oh, I will do what God asks of me, once He’s made it clear to me what He expects. But I whine and complain about it. “OK, Lord, I’ll do it, but I’m not happy about it!” That’s not how we are supposed to respond. We are to surrender and acquiesce. We are to joyfully and with hearts full of love begin the task God has set before us. I will get there. I’ve found in praying for those who persecute me, who hate me, my enemies, that it gets easier with every prayer I utter. With every day of fasting from something I really like to eat or drink, it reminds me to pray for the person and leaves space to love God more and so to love my neighbor better.

It’s a process and I’m not proud of it. But I did get the reminder this evening that we’re supposed to pray for our enemies. Those who support the killing of innocent children up to the moment of birth, and of babies who no one is allowed to try to save after they are out of the womb, they are enemies. They are the enemies of a moral society; they are the enemies of progress; they are the enemies of compassion and mercy. I think they need us to show them the error of their ways. It can’t be in any direct way or any sort of civil argument; they are not going to agree with that. So it has to be by changing hearts and not worrying about changing legislation. It has to be about coming to the aide of women who are carrying a child and don’t want to be. It’s about caring for mother and child, whether that baby is in or out of the womb.

It’s about God and His grace. Anyone can be forgiven anything. Look at the young Saul, with the cloaks of those who stoned Stephen at his feet. Oh, he gloried in the death of that man who had “a face like an angel,” according to the account in the Acts of the Apostles. He was rejoicing in the death of an innocent whose only crime was loving the Triune God so much he had to share the Good News with anyone who would listen. That Future Paul was thought to be a lost cause, and he was feared by many for the laws that he enforced through intimidation and violence, but Jesus changed Him with a blinding light and a question that turned his life around.

Let us pray; let us fast. Let us love the pregnant women and their babies, and love those who persecute us, who advocate and even encourage the death of innocents by the laws they pass. Remember, the biggest sinners often become the greatest saints.

One thought on “Read it and weep”