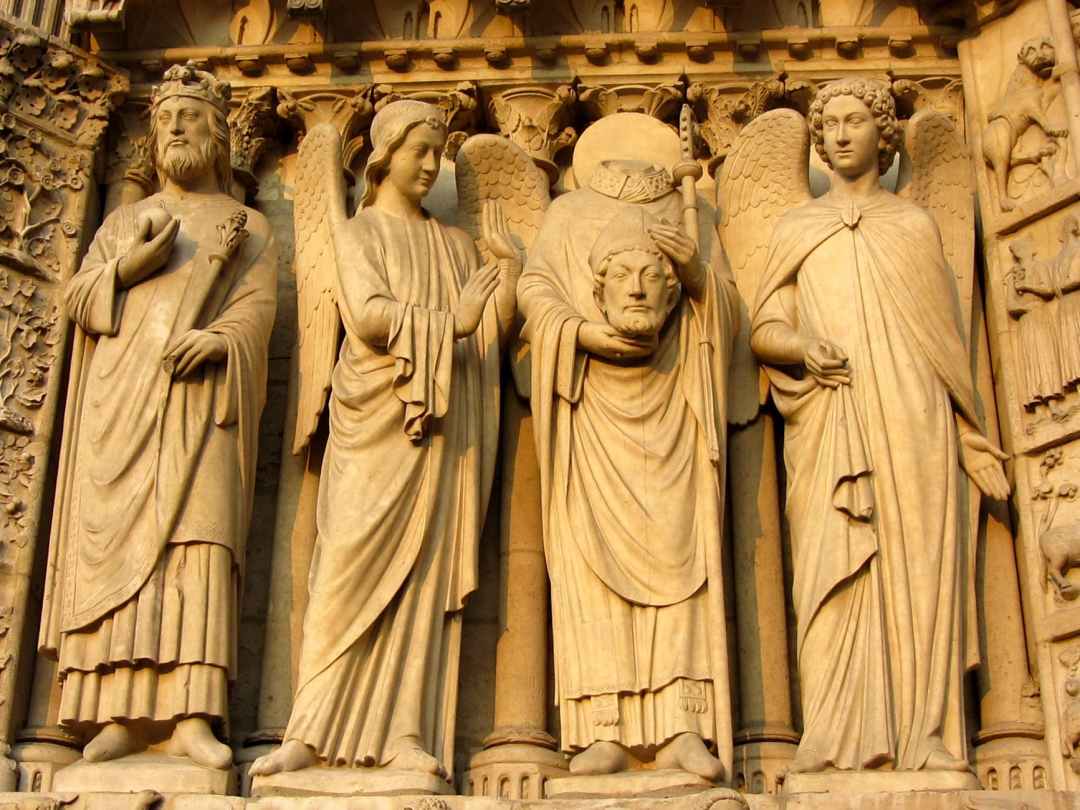 Today’s Gospel reading is from the Book of John, Chapter 20, verses 24-29. It’s a short vignette about the apostle Thomas who refused to believe his closest friends, one might even call them his spiritual brothers. I’m sure this was not only distressing to them, this lack of trust in their eye witness account, but it was probably frustrating, as well. Not being believed when you are telling the truth is a tough situations to be in, I would imagine, especially when you can’t prove to a doubter that you saw what you know you saw.

I wonder why Thomas doubts? I don’t suppose he thought his brethren were liars or that they were crazy, and the whole group of them ‘crazy’ at once no less! I think it was just too much for him to comprehend. I know, and this is in a tragic situation, but when the planes of 9/11 were being hurled into buildings full of innocent humanity in 2001, I was trying to reach my husband on the phone that awful day, to see if he was aware and what he was thinking about the whole horrible situation. The twin towers had been hit at that point. My daughter, who was with me in our community health clinic in Germany for a check up, came running over to me to tell me about the plane that plunged into the Pentagon in Washington, D.C. In a state of shock, I would not allow this fact to penetrate into my mind, I had zero ability to realize that she was stating what she’d just heard/seen on TV. I asked her, in that shock, “Why are you saying that?” I really believed in that moment that she was making up a terrible lie and I could not understand why. I did not want to believe it was true, any of it. And so, with that beautiful face of my 13 year old daughter staring into mine, I had to admit that what she was saying to me was the truth. I immediately said I was so sorry and we hugged and both cried about so many things. I muttered something to my husband about turning on the television in his office to see what had/was occurring and hung up. What an awful time for everyone.

And so, all that to say that, though Thomas was being told amazing news, (and joyous news to those of us who know the rest of the story), he had just been through the most tragic series of events enough for any lifetime, with the arrest, suffering, crucifixion and death of Jesus, his beloved Teacher, Friend, Messiah. The horror of that experience could prove too difficult for the mind to then transition into wonder and joy at the news that Jesus is among the living again. Yes, the rest of them saw Him, and talked with Him. But Thomas didn’t see or hear. He just recalls the terror and then the confusion of the empty tomb. I have an inkling of what it’s like to question in disbelief when you’re being told something unbelievable by a loved one who has no reason to lie to you.

I think that Jesus understands this. And that is why, when He next joins them in the upper room, despite the locked doors, Jesus tells Thomas to see and touch the wounds, the scars he received during His tortuous passion and crucifixion. Although the account ends with Jesus saying, “Have you come to believe because you have seen me?
Blessed are those who have not seen and have believed,” our Lord was very willing, just a few moments before, to grant an examination of those scars to the one who was emotionally and psychologically unable to fathom the truth he was being told by his fellow apostles. You could even say Jesus was “moved with compassion,” as he’d been so many times before.

And, yes, truly “blessed” are those who have not seen and believed. Blessed are we that we have not seen Jesus being beaten and ‘crowned’ with thorns, humiliated and tortured to death, getting nailed to the wood of the cross. The others who saw this, or who maybe glimpsed it from afar because they all ran away, except for John, have a bit of an easier time believing. No one in that room can judge Thomas because they had the luxury of being present in the room with Jesus in the first instance. Thomas has to work through some things before he can believe. So his first instinct is to verify what he’s been told. But he was saved from that process because Jesus arrived on the scene again!

I know the Gospel writer wants us to believe, though we have not seen the risen Lord Jesus with our own eyes. And he uses Thomas, doubter that he is, to emphasize the point that, though we may not have seen Jesus yet, we will one glorious day! My empathy for Thomas is great, both because of my personal experience with a mind that won’t work right due to severe trauma, and because I am a weak human being who sometimes doubts what God is doing. And sometimes I need to pray, “Lord, help my unbelief,” just as the father in Mark’s Gospel had to pray. (Mark 9:24) I would never shake my head in disappointment at Thomas’ reaction to what his friends said any more than I would be surprised by this worried father’s words to Christ Himself.

All I can do is keep talking to God (prayer), reading and studying the Word (Bible), seeking answers from people much wiser than I and with a faith that by all outward signs is stronger than mine. And I’ve got to trust. I go back to it time and time again within this blog because I do in my life. I have to trust our Lord’s mercy and love. I will continue to allow His grace to flood my soul, for the grace of His scars to heal my scars. I need to understand that He already has and to be grateful.